Veteran journalist Ruslan Harbachou has repeatedly won awards for his investigations into abuses of power in Belarus. He is now looking into reports of safety and environmental problems linked to the construction of Belarus’ only nuclear power plant, a project that has many on edge given the country’s suffering after the Chernobyl disaster.

This summer, a source talked to Solidarity about the quality of construction work carried out at the site of the second of two power units being built for Belarus’ only nuclear power plant.

There, surveyors regularly recorded deviations from the plans in the erected walls, installed parts, and digs.

“You could see with the naked eye that the walls there are really crooked. If a deviation of 1 centimeter is considered acceptable, then there could be [deviations of] 3 centimeters and 7 centimeters. The technical supervisors didn’t accept such ‘quality’ work, and the builders complained that they constantly had to shave off excess here and fill in gaps. They didn’t seem to realize why it was so important. The pace of work also left a lot to be desired: the builders said they didn’t have enough tools,” the source said.

The source said builders at the second unit had come to joke about the initial chaos on the building site.

“They say that at the beginning, the site was a mess. Then as it became more orderly, they joked that if there was an explosion at least it would be at the first power unit instead.”

Perhaps one reason for the builders’ indifference to their duties is low salaries. For working at such an important facility, many receive 350 to 400 rubles ($175 to $200) per month, as confirmed in periodic advertisements for work at BelAES by the All-Republican Bank of Vacancies [a government job agency].

“People work to get money. They work according to how much they receive. Many are sent from their construction companies only for a while, and then don’t want to come back here,” a source told Solidarity.

“People say, ‘You won’t quit, because there’s nowhere to go.’ Workers have to put up with that,” said the source, who worked at BelAES in fall 2016.

At the same time, in some contracts the salaries of Belarusian builders are quite high. For example, at the end of the last year, employees of Belelectromontagenaladka received about 1,200 to 1,400 rubles ($600 to $700) per month.

Still higher are the earnings of Trust RossYEM, a Russian company building reactors for the first and second power units whose primary employees are Russians and Ukrainians.

Solidarity also learned of several problems with payments to the site’s workers, even though Belarus took out a roughly $10 billion loan to build the plant.

Employees of Belelectromontage, an electrical installation company, had their payments delayed. The company’s chief engineer, Nikolay Brailyan, told Solidarity Belelectromontage ran into financial difficulties because it was not receiving some of the payments it was owed, but only some workers’ salaries were late.

“The general contractor at BelAES paid us, but there were problems with others. But now … a special account has been opened and everyone who works in Ostrovets gets their salaries and travel reimbursement. The problem’s already been resolved,” Brailyan said.

That “special account” is the result of a July 28 decree by Belarusian President Alyanksandr Lukashenka encouraging companies involved in building the plant to segregate transactions related to the project from other business, ostensibly to speed them up.

The plant’s general contractor is the ASE group of companies, which includes Russia’s Atomstroyexport. At the beginning of this year, about 5,000 people worked at the site, representing dozens contractors. Many of those companies have found themselves in financial straits since getting involved in the plant’s construction.

In the summer, a local court ordered a “conciliation procedure” for the Brest Building Trust №8 and its branches to pay debts worth tens of thousands of Belarusian rubles to Atomstroyexport for housing its employees in apartments provided by Atomstroyexport.

But the financial problems of the plant’s contractors are broader, chiefly because their contracts stipulate that they are paid in Russian rubles, which took a sharp drop in late 2014, although they must pay expenses in Belarusian rubles.

Representatives of Building Trust №8 said the company was not compensated for its losses. “Why don’t we say anything? You can’t imagine how many things we’ve tried,” one of the representatives said. “We applied to the government and showed them the money we lost. When we went to work at the nuclear power plant, everything looked good on paper, but in practice it turned out differently.”

An entrepreneur familiar with the situation told Solidarity, “Given the [economic] crisis and tough competition in the construction market, each organization clung to the work as best they could.”

In 2015, a complaint was posted on a workers’ forum about subcontractor ADS-2000, one of the largest construction companies in the country, by someone claiming to be a worker at the site. “The conditions are terrible,” the commenter wrote. “We went on strike, and got nothing.”

Solidarity contacted a business owner from Gomel whom ADS-2000 hired two years ago to transport couplings for valves to the BelAES site. Vyacheslav, who asked that his last name be withheld, said the company was slow to pay him. He also said he witnessed a large piece of machinery fall from a truck at the site and get dragged along the ground and damaged.

Attempts to get a comment from ADS-2000 were unsuccessful. The company’s owner, venture capitalist Vitaly Arbuzov, was arrested in the spring on charges of tax evasion.

One former worker at BelAES told Solidarity that employees of commercial builder Akteros were forced to seek payment through the court, although attempts to confirm that account with the company were unsuccessful.

This year Belpromstroycontract, a commercial building supply firm, was one of several companies to sue Akteros for non-payment. It won its case.

Builders hired at the Ostrovets site must consent to background checks by the security services.

“Before they used to check it without written consent. People with expunged convictions would work for several months, then you’d see them in handcuffs at the entrance,” a builder who worked at the site wrote on a forum.

A source told Solidarity that after several months working in Ostrovets last year, he was forced to leave for work in Russia when his site pass was blocked without explanation.

Workers on the construction site are forbidden to carry phones with photo or video cameras or 3G modems. Most attribute the ban to officials’ determination to prevent the release of information about mishaps, like the fall of a reactor vessel during installation last year. Officially, the incident was confirmed two weeks after numerous rumors. The vessel had to be replaced.

Similarly, only after information was leaked was it officially reported that the replacement reactor vessel, moving by rail, had hit and damaged an electrical railway pillar.

“There’s usually no special inspection at the checkpoint, but the construction site has its own security service, men in black uniforms who look like special forces. Once I ran into two goons in the workers’ cabins. I was searched, and the pockets of my jacket hanging on the wall were checked,” a source said. Since Internet service is forbidden in order to prevent leaks, the source said he was also questioned when someone established a connection on a computer in the workers’ cabins. “I had to explain that it had happened even before I started working here,” he said.

Employees found violating the rules are deprived of bonuses or fired. Only a few agree to speak with independent journalists, and even then under the condition that they remain anonymous.

Builders also complain about living conditions at the high-rises in Ostrovets where some are housed, and from where busses take them to the site every day at 7 a.m.

“Last year we lived in apartments for nine people. In the morning you couldn’t get to the bath and toilet, and in the evening, as a rule, for some reason there wasn’t any hot water,” an employee of Belelectromontazhnaladka said. “Ostrovets itself left unpleasant memories. Prices for things seemed really high.”

A Minsk resident who worked on the site this summer said six people lived in a two-room apartment, with no furniture except for beds, bedside tables, and a kitchen table, with a stove and a refrigerator in the kitchen.

“In the evening everyone hits the bottle. They come from work, go to the shops, where they leave with packages: almost everyone has beer or vodka. It’s like that every day. With the emergence of new neighborhoods, Ostrovets has changed, but there’s still nothing to do, … ” a source said.

Solidarity witnessed a group of men with Ukrainian accents drinking vodka midday in Ostrovets, and it was clear from their conversation they were headed back to work.

Midday drunkenness, unpaid bills, damaged equipment, and unmotivated workers. Not the picture of a model nuclear power plant that authorities in Belarus are eager to sell to their people or the world.

Growing up in a provincial Belarusian town, Ruslan Harbachou was inspired to become a reporter after encountering a fearless-journalist character in the work of Roman Sobolenko, a Soviet-era Belarusian writer who was repeatedly arrested.

“Journalism is really my dream,” he says. “I love being in the center of events, writing about problems. Sometimes it helps other people.”

Harbachou, who works for the Salidarnasts online newspaper, has spent 12 years in the polarized and under-resourced world of Belarusian journalism. Under the country’s strongman president, Alyaksandr Lukashenka, state-owned media function as mouthpieces for the government, while the independent organizations struggle to stay afloat and to focus on the problems of ordinary Belarusians, he says.

In this cash-strapped environment, reporters learn to do everything: in addition to covering social issues, politics, sports, and culture at a previous newspaper, Harbachou started reporting on economics and writing a column. A new father, he has recently taken a second job.

But the trials of a Belarusian journalist go beyond a tiny paycheck and a huge workload. Officials there routinely ignore requests for information or freeze independent journalists out of government events. And even though the country has a law protecting reporters in the course of their work, it is often flouted. While reporting on protests surrounding Belarus’ falsified 2010 presidential elections, Harbachou was beaten by men he believes were plainclothes police officers. Hundreds of protesters were sent to jail, and many were injured. No one was ever prosecuted for the abuses.

Harbachou is a perennial winner of the Volnaye Slova (Free Word) award, given out by the independent Belarusian Association of Journalists. In 2013 he was one of three winners of the Reporters for Reporters Eastern Partnership Journalism Prize from the Polish Reporters Foundation and the Foundation for Polish-German cooperation.

His investigations have included articles on Minsk city officials forcing businesses to buy trash bins at 10 times their usual price tag, without explanation; the academic plagiarism of a cabinet member’s son; and wasteful spending on new “palaces” for ice hockey, a game beloved by Lukashenka.

Harbachou believes that journalism can change Belarus, which civil liberties watchdog Freedom House consistently deems “not free” in its annual global survey. Thanks to people like him, he says, “More and more people are beginning to understand that there are a lot of problems and shortcomings that should be corrected in our country.” 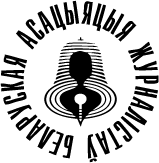