Tatiana Kozak has covered Ukraine’s pivotal protest movement, the fall of a president, a secessionist war, and the seizure of Crimea, Now she plans to seek clues to the fate of war-torn eastern Ukraine in the experience of other post-Soviet countries that have endured decades of secessionist hostilities. Press Start will match all contributions made to Kozak’s campaign.

Is Soviet throwback Transnistria the future of eastern Ukraine?

Ukraine and the Russia-backed separatist regions in its east have settled into a violent status quo. With every day that the self-proclaimed eastern republics are not re-integrated into Ukraine, it becomes easier to imagine them continuing to exist in a de facto independent but unrecognized limbo, similar to Abkhazia and South Ossetia in Georgia and Transnistria in Moldova.

In May, Tatiana Kozak visited Transnistria for a second time. Again, she saw a land suffused with a defensive patriotism, feeling under threat from the West and protected by Russia’s considerable military presence there. Many are proud of Transnistria’s links to Russia, but the pervasive vigilance and social conservatism are causing some to chafe. Is this the future for Ukraine’s eastern Donbas region? To read about Tatiana’s latest visit, in English translation, please click here.

I’ve started my reporting on so-called frozen conflicts in Eastern Europe and the former Soviet Union, looking for lessons for Ukraine as it deals with a Russia-backed insurgency in its east. The first in a series of articles sponsored by Press Start donors will appear in Ukrainian Journal and on the Unrecognized Stories blog, created for this project.

In May and June, I traveled to Transnistria, a region of Moldova that broke away in the early 1990s. I talked with locals to get their views of the territory’s current status. and asked whether they harbor hopes of reintegration and how they see their future.

Russia plays a central role in Transnistria’s political and cultural life. It underwrites pensions and public sector pay, and provides essentially free energy. It also has troops stationed there, and Russian channels are all over Transnistrian TV. Local stations are under control of the de facto government and parrot rhetoric from Moscow.

Although Transnistria has three official languages – Russian, Ukrainian, and Moldovan (in Cyrillic) – and street signs in two or three of them, most communication happens in Russian, including in schools. Most students leave for Russia to study and then work. In an effort to stem the brain drain, Transnistria’s de facto government has announced Soviet-style programs of cheap housing for young families, but that does nothing to address the region’s high unemployment. Many factories have closed, leaving places like Rybnitsa, a former industrial city in the region’s north, now quiet.

Turning back to the language issue, I visited the only Romanian-language school in the city of Bender. Transnistria’s authorities had tried to shut it down in 2004, but the OSCE intervened to save it, and it now belongs to the school system of Moldova proper.

A teacher there, who was critical of Russia, said parents and children choose to study in Romanian to be able to enter Moldovan or Romanian universities and later go elsewhere in Europe.

Bender’s Ukrainian-language school received aid from Petro Poroshenko, including a computer lab and a bus, before he became president of Ukraine in 2014. But in the subsequent conflict between Russia and Ukraine, Transnistria hews to the Russian side, and the school has since rejected any help from him.

Tiraspol, Transnistria’s capital, is home to a large Ukrainian population and a university named for Taras Shevchenko, a giant of Ukrainian literature. Apart from local students, the school enrolls students from Gagauzia, a rural region of Moldova that tried to secede in the early 1990s but eventually was reintegrated. Although Gagauzia’s independence was not a priority for Moscow, Russia still holds great sway in the region’s, and therefore in Moldova’s, politics.

Igor Dodon, Moldova’s new president, has made overtures to Transnistria, including calling for the region to elect members to Moldova’s parliament and advocating a federal structure that would give a reintegrated Transnistria autonomy within Moldova. His warm relations with Russia could give him added credibility in Russian-speaking Transnistria, but the breakaway region has politely rebuffed him.

Transnistria is one massive trading territory for a holding company called Sherif, which is the region’s primary employer. Owners of small and medium-size businesses accuse Sherif of anti-competitive practices, including raiding and taking over other businesses, and blame the government for not reining in, and sometimes for benefiting from, such practices. Some entrepreneurs find ways around this, for example by giving tours of Soviet sites or renting out flats.

I was in Transnistria during the 9 May Victory Day parade and returned in mid-June, when a group of NGOs hosted a week of events dedicated to freedom of speech. The parade itself was a pompous affair, with Russian and Transnistrian soldiers marching down the main boulevard, past the government building and its statue of a defiant Lenin. A flood of people, many in soldiers’ uniforms, carried portraits of relatives who fought in World War II or Transnistria’s secessionist conflict. These moments are meant reinforce the notion that the region’s people have protected their identity from Moldovan nationalists who wanted to drag the Russian-language territory into Romania.

In June, I met with members of a small Transnistrian NGO, Club 19. They are young people, born after Transnistria became a “republic.” Unlike their parents, who are disappointed in Transnistria’s government but still want to be part of the Russian world, they embrace the values and aspire to the freedoms of a larger international community. While most Transnistrians are busy surviving or looking to Russia, Club19 brings the world to Transnistria – with festivals, concerts, discussions, and other projects.

They are not many though. And they find it tough to cooperate with the officials.

Tatiana Kozak has been working as a reporter in Ukraine since 2010, but she considers covering the seismic protests on Kyiv’s central square, or the Maidan, her true baptism in journalism.

In late 2013 thousands of people took the capital’s streets to show their support for Ukraine’s EU integration. The rallies expanded into anti-government and anti-corruption demonstrations that would see the ouster of disgraced President Viktor Yanukovych early the following year.

Then in March 2014, Moscow’s seizure of Crimea was followed by Russian aggression in eastern Ukraine that ultimately led to an ongoing armed conflict between Russia-backed rebels and the Ukrainian army.

Kozak headed to the frontline to cover the fighting and has made regular reporting trips to Crimea, where she has family. She was recently questioned by the Russian security services upon trying to enter the peninsula and now says she must weigh any possible threat to her relatives in Crimea against the value of reporting from there.

The fighting in the east rarely makes headlines anymore, but Kozak continues to report on post-conflict issues in Ukraine and other former Soviet bloc countries, covering displaced people, prisoners of war, volunteer fighters, and the persecution of minorities and pro-Ukraine activists in Crimea.

Recently she covered a case emblematic of the systematic repression of the Tatars, Crimea’s indigenous Muslim population, many of whom have opposed the Russian takeover. Four Tatars in Crimea were fraudulently convicted by a Russian court of extremism and membership in the Hizb ut-Tahrir Islamist Party, which is allowed in Ukraine but banned by Russian laws. “It was the very first case but many more will follow as arrests and repressions are unfolding in Russia-occupied Crimea,” she says.

As an independent journalist in Ukraine, where most people want to move closer to Europe but Russia is fighting mightily to keep the country in its orbit, Kozak battles the stiff winds of propaganda, including fake news stories from Russia and tilted coverage from the government and from the oligarchs who control major media organizations.

“It’s propaganda and oligarchs that dictate the agenda for most of the media, especially TV,” she says. “There’s a lack of opportunities to do independent journalism.”

She also works in an uncertain environment. In its most recent Freedom of the Press report for Ukraine, Freedom House noted that attacks on journalists declined significantly in 2015, but Kozak says two subsequent events – the July 2016 murder of journalist Pavel Sheremet in a car bombing and the recent protest resignation of the respected director of the country’s nascent public broadcasting system – have reporters wondering about their safety and the political class’s commitment to unbiased journalism.

For Kozak, reporting from Ukraine’s conflict areas alongside foreign journalists has been an education. She has learned the basic principles of Western-style journalism and the importance of balanced reporting and fact-checking, practices ignored in much of Ukrainian journalism but especially crucial in war reporting.

“Now, with the rise of propaganda one should learn how to ask complicated questions and say truthful, unpopular things,” Kozak says. “I believe in the power of balanced reporting, and peace journalism, which is so needed in war-torn Ukraine.” 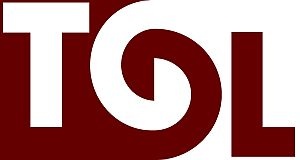 Notable work or awards: an investigation into alleged secret prisons

The Hauler: Life Between Kyiv and Donetsk

Landmines in Donbas: A Problem for Years to Come?

Russia: Scenes From a Trial