Women’s health is often overlooked and mistreated. One of the most common chronic conditions is endometriosis, a disease of the female reproductive systems. Endometriosis is as common as diabetes, affecting one in 10 women worldwide, yet hardly anyone has heard about it.

Two journalists in the UK and Kosovo aim to analyze why endometriosis is still taboo. In collaboration with an endometriosis organization in the Czech Republic, they will discuss how women activists are fighting for change.

-->
Campaign pledges are handled by Stripe, a globally trusted payment provider used by Apple, Google, and thousands of other companies. We do not collect or save any payment details, as this is all done via Stripe's automatic payment system.

Our long-form multimedia article will focus on women activists acting for better healthcare and social status for women with endometriosis. Using the stories of these women, as well as the available research, statistics, and expert opinions, we will compare the situation in three countries: the UK, the Czech Republic, and Kosovo.

In the UK, even though advocacy around endometriosis is very advanced, the disease is still the second-most common gynecology condition, indicating the lack of awareness and treatment.

In the Czech Republic, where there are still many issues with diagnosing endometriosis and receiving effective treatment, the association ENDO Talks works as a platform for dialogue among doctors, experts, and patients.

Reproductive health in Kosovo is not commonly discussed. Kosovo is still a young country, patriarchal in some ways, which presents challenges to openly talking about such topics. Many women, like elsewhere, have endometriosis, but not all of them speak publicly about their condition – if they are even aware of its existence.

March is Endometriosis Awareness Month, a global campaign addressing the lack of recognition of this chronic condition by governments and the public. Recently, France stepped up and launched an initiative to combat endometriosis. As French President Emmanuel Macron said: “It’s not only women’s problem. It’s society’s problem.”

Everything that is associated with women’s bodies is taboo: periods, blood, fertility, body image, and hair. People are often afraid to discuss these issues openly as they are still not seen as important and relevant in a patriarchal society. It is time to raise awareness on endometriosis and give a platform to women to tell their stories.

We are female journalists who have covered issues on women’s health before, and like many other women, we are also at risk of developing this condition. We believe it is important to address the lack of action by governments and the lack of public knowledge.


Coming from a country where a political regime silenced independent voices for decades, I realized that there are many people who do not have a chance to tell their stories. As a journalist, I feel the obligation to uncover the truth and give a platform for the ones who need it. 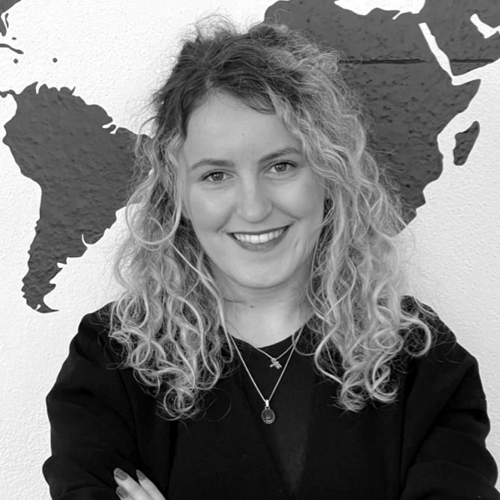 
I have always been keen on meeting people and building social networks of individuals belonging to different walks of life. Seven years ago through journalism, I turned this passion into a profession. For four years, I was producer and co-host of the prime-time show NIN for the major network television station in Kosovo, Klan Kosova. Over the years, I had the opportunity to initiate public debates and launch discussions with key protagonists on many unconventional and often taboo issues, including topics related to gender and women's reproductive health.
I have also been writing about these and other issues, as well: property inheritance, menstrual leave, sex as a taboo subject, problems with polycystic ovaries, etc.