The chaos unleashed by the COVID-19 pandemic has emboldened Poland and Hungary – two of the most patriarchal and conservative countries in the European Union – to brazenly snub nationally and internationally ratified women’s rights conventions and initiatives that provide protection against domestic abuse.

For years, victims in these countries have faced both a biased legal system favoring the perpetrators and a lax institutional safety net, critics say. Now, however, the pandemic has further exacerbated their disheartening situation as subsequent lockdowns have triggered a surge in domestic violence.

Two journalists who hail from Poland and Hungary aim to give voice to victims of domestic violence and examine the socio-political and institutional similarities between these two countries where domestic abuse is often framed as something imaginary.

Over the past year, Poland and Hungary have frequently appeared in the news for weaponizing the pandemic to rationalize governmental overreach and undermine women’s rights.

In Poland, a leaked study released last summer revealed that about 60 percent of women have experienced some form of domestic abuse over the course of the lockdown. The Women’s Rights Center said its helpline saw a 50 percent spike as the pandemic unfolded, indicating a larger problem at hand. While the Polish government has pledged to take on the issue via a slew of new pieces of legislation, it has repeatedly threatened to withdraw from the Istanbul Convention, a de facto gold standard that protects women from domestic abuse.

Hungary failed to ratify the treaty in the first place.

Snubbing the convention highlights the Hungarian government’s unwillingness to address rampant domestic violence across the country, where the authorities portray NGOs providing support for victims as puppets of Hungarian-American financier George Soros and Western liberal powers.

Through in-depth interviews with victims, experts, psychologists, law enforcement officials, and lawyers, we will flesh out the scope of this underreported, taboo subject that affects women across borders, but specifically in nations where the Christian-conservative narrative guides political decisions.

We are planning to deliver a set of articles with multimedia components.

Poland and Hungary have formed an unofficial alliance over the past year as they have become harbingers of conservative, patriarchal governance. These countries have bonded over ignoring EU principles, among them women’s rights .

Meanwhile, both countries have systematically ignored national data about the uptick in violence against women and have chosen to dismiss international conventions and legislation that would provide a legal and social safety net to victims.

In this project we will draw attention to the pandemic’s effect on national policy around domestic violence, namely examining what legal shifts occurred while the world wasn’t watching closely.

These right-wing governments have cut funding for NGOs supporting women’s rights initiatives and have poured huge sums of money into their own projects to further ultraconservative causes. This is why it is vital to secure independent, reader-based financing for stories like ours.

Regular newsrooms often get caught up in the breaking news cycle and have no resources and time to assign their journalists to investigate a robust topic like domestic violence.

Therefore, we pledge to bring you an in-depth story that is not easy to cover given its sensitive nature. We hope that we can call attention to the importance of addressing violence against women and tell the stories of victims who would otherwise remain silent. 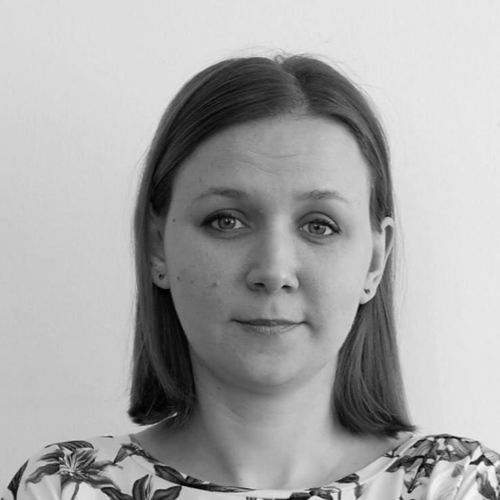 
Agnieszka always wanted to write inspirational, gripping stories. She became a journalist to give voice to those who dare to follow their own path and pave the way for others as well as those who require help and support, but are institutionally neglected.
Aga is a print and online journalist who is managing editor at Notes from Poland, an independent news outlet published in English.
She believes it’s an important time to understand Poland – a one-time paragon of successful democratic transformation following the fall of communism – as it is becoming increasingly illiberal with its judiciary independence compromised and civil liberties threatened.
For years, Aga worked for the Polish mainstream media covering women’s rights issues including abortion tourism, feminist activism, and domestic violence. Most recently she has been covering mass protests around Poland sparked by the constitutional court’s ruling that introduces a near total ban on abortion.\ 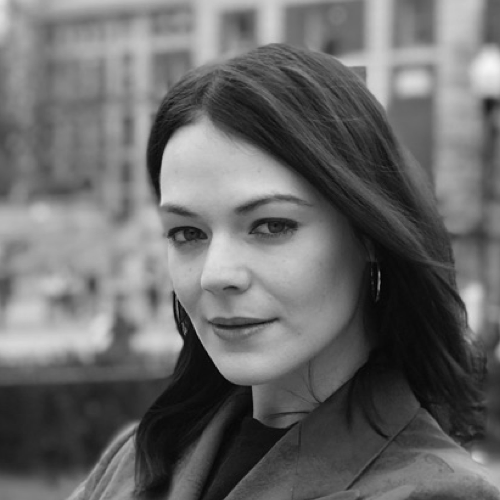 
Kinga got into journalism by chance, and immediately knew she had found her calling. She is inspired by the noble mission of journalism to uncover the truth and tell pressing stories.
Today, Kinga is a multimedia journalist who has reported on art and culture for various magazines and shot breaking news packages covering politics, policy, and various social causes. She assisted CNN’s Fareed Zakaria on his renowned show, GPS, and aided the channel’s flagship business show Quest Means Business, anchored by Richard Quest.
Kinga has freelanced for Pulitzer Prize-awarded journalist Sara Ganim on multiple projects, among them the documentary No Defense. She also worked as an editor on the short documentary I Hope You Are Doing Well that showcases parallel experiences of the pandemic around the globe recorded and narrated by the film's protagonists.
Kinga is most thrilled to undertake long investigative challenges that focus on real human stories and have the potential to have a lasting impact.
Currently, Kinga is freelancing for multiple outlets. She lives between New York and Budapest.

AGAINST ALL ODDS
— The Story of Erika Renner

“(...) after my ex-partner's attack I was on morphine for months and had to wear a diaper. I was in excruciating pain (…) had to undergo multiple surgeries (…) all because he could not accept the fact that I'd broken up with him. The worst was that the prosecution was on his side because he was an influential person, they didn’t even care about the existing evidence. Luckily, telling my story to the media and getting publicity changed the circumstances in the courtroom.”

THE POWER OF WORDS
— The Story of Luca Adamik

“It is hard to define the boundaries of an abusive relationship because it is physical violence that society outright condemns. If you get hit by your partner it is easy to point a finger and say you hurt me, but verbal abuse is different, that is why it can take years before you realize what sort of dynamic you exist in. You cannot just leave, it takes years to understand what is going on before you are ready to move on.”