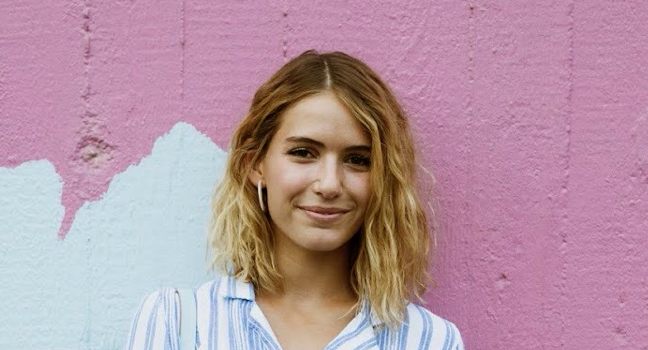 Is period poverty becoming extinct? Many EU countries have slashed the “tampon tax” and the UK is moving toward abolishing it completely, like at least 20 U.S. states. Not so in Hungary, where women and girls live with the highest tax on female hygiene products in the EU. The major media – beholden to the nationalist government – ignore the issue. So one young Hungarian journalist and feminist decided to investigate the problem herself. Press Start will match all contributions made to her campaign, so your dollars will go twice as far. 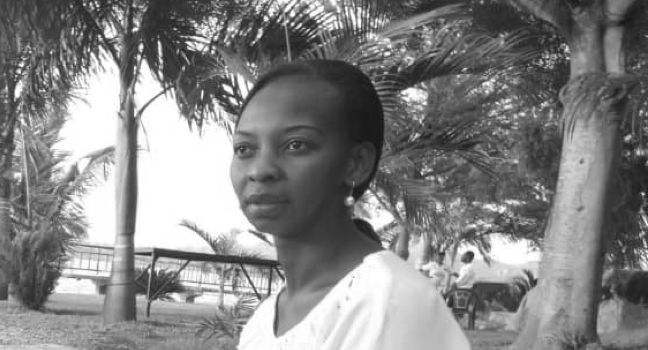 In Tanzania, some 8,000 girls and women die each year due to preventable pregnancy-related problems. A related statistic: Tanzania also has one of the highest rates of child marriage in the world. Award-winning radio journalist Regina Kulindwa will probe the connection between early marriage and maternal mortality in Tanzania through interviews with local people, government officials, health workers, and experts, and examine the link between poverty and maternal health. 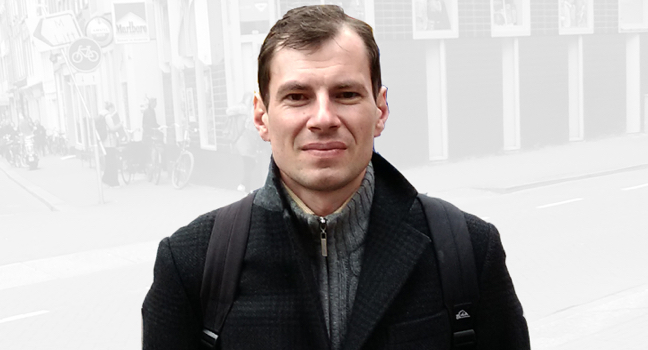 Ukrainian-made paint containing 100 or more times more lead than international standards permit is regularly exported to Europe and Central Asia.Ukraine is a haven for manufacturers of lead paint, despite reams of evidence that children especially can suffer neurological damage and other lasting health problems through exposure to lead-containing paint on walls or toys. 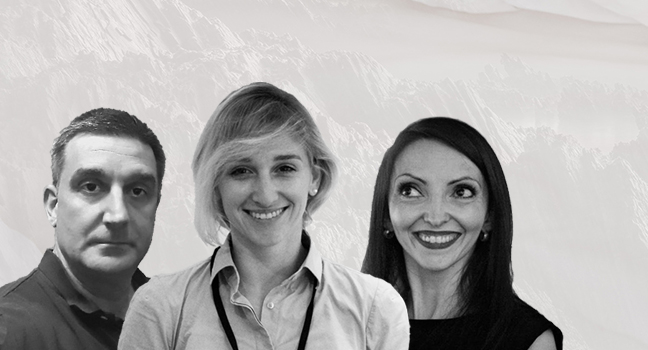 Out soon: A documentary about the “invisible deaths” of Afghani migrants in the Balkans by Polish-born Balkan reporter Natalia Żaba and her colleagues. The team is now planning the follow-up – an investigation into how migrant trafficking became big business in the region. Their goal is a second film focusing on the smugglers themselves. Press Start donors can help them launch the first phase, mining official records for data on traffickers and how authorities on both sides of the EU-Serbian border dealt with them. 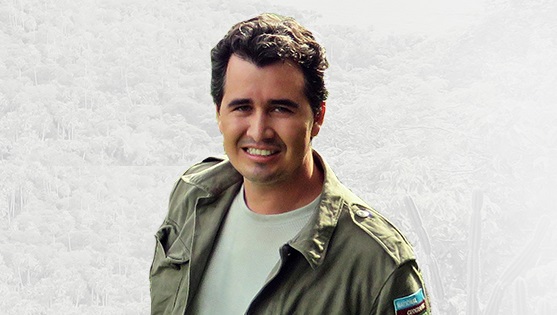 Jaguar fangs: The Chinese connection in the Amazon MF

Eduardo Franco Berton’s passion for wildlife and nature has taken the Bolivian journalist/photographer to some of the most remote places in Latin America. He is now investigating the illegal trade in jaguar fangs in the Amazon, where poachers have killed hundreds of the endangered big cats to extract their fangs, a prized item in China for their supposed healthful and aphrodisiac properties. Eduardo's project is supported by a grant from EJN, the Earth Journalism Network. Now, with the help of Press Start donors, he can extend his cross-border investigation to determine the scale of the illegal jaguar hunting in Bolivia, Peru and Brazil and who benefits from it, culminating in a documentary film. Press Start will match all contributions made to his campaign, so your dollars will go twice as far. 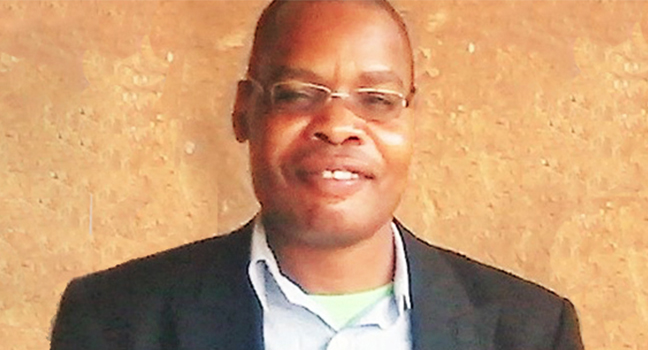 Women in Malawi continue to use skin lightening creams in the face of mounting legal restrictions and evidence of the long-term health risks the products present, from blotchy skin to cancer. With the help of Press Start donors, veteran Malawian investigative journalist Collins Mtika plans to look at how and why such products continue to enter Malawi. A crucial question is whether women are aware of the risks associated with continued use of the creams. 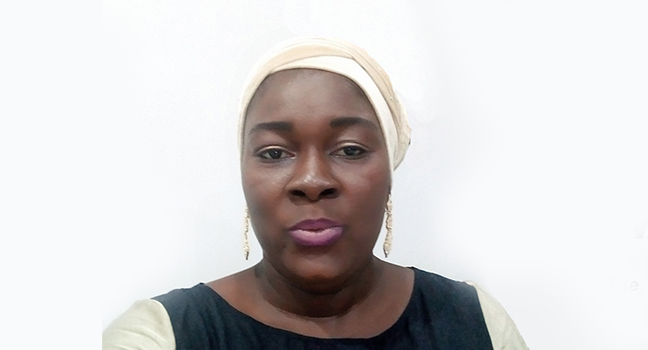 The perilous state of maternal health care in Nigeria MF

Nigerian radio journalist Ruth Akinwunmi-King’s interest in the dangerous maternal condition called pre-eclampsia started when it almost killed her and her unborn child. Although tens of thousands of Nigerian women die each year during pregnancy, the government spends just $5 a day per person on health care. Ruth is counting on the generosity of Press Start donors to help launch an investigation into why so many Nigerian women are ignorant of pre-eclampsia. 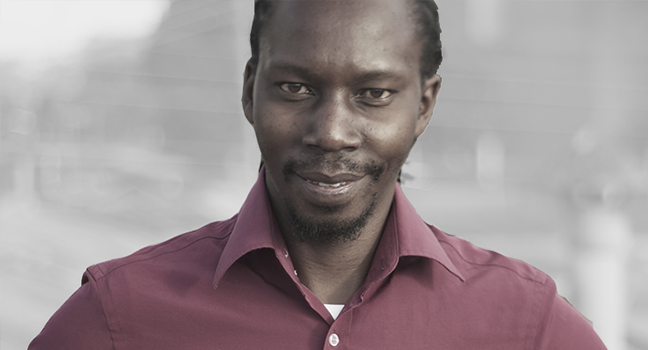 Decades ago, at its most vast, the Ngong forest outside Nairobi stretched across more than 2,900 hectares, or about 11.2 square miles. Rapid development has cut it down to less than half that size, and poverty and corruption threaten the remaining 1,200 hectares. The forest literally helps Nairobians breathe, filtering copious carbon emissions, and it serves as a refuge for wildlife and harried city dwellers alike. Joseph Gathecha aims to make a documentary series on the forest’s plight and efforts to save it. 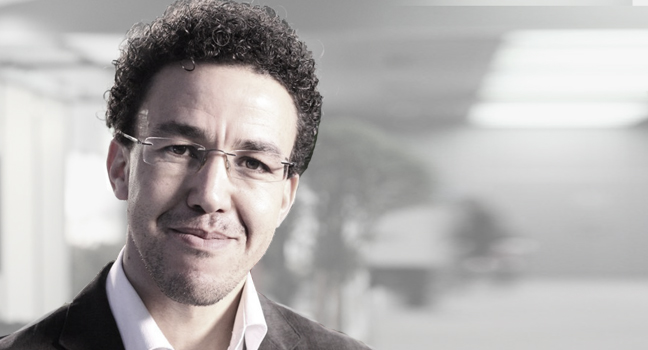 Corruption is stubborn and widespread in Morocco. During his 10 months in a Moroccan prison, Hicham Mansouri, a respected free-press advocate, saw evidence of a thriving black market behind bars, run by inmates and guards, likely with protection from the police and judiciary. Now in exile in France, Mansouri aims to use Press Start funding to build on the research he’s already done and compile a comprehensive investigation. 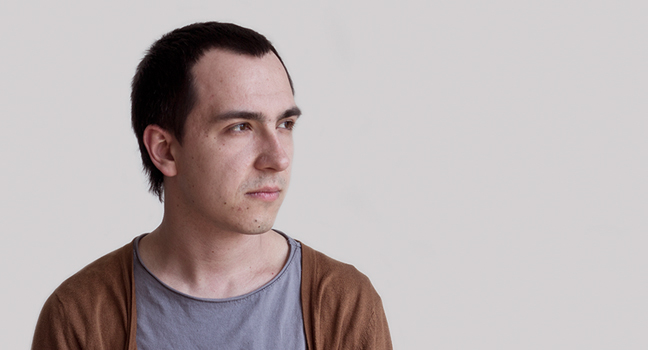 Inhuman conditions, coercion, and violence are rife in Belarus’ police and prison systems. Victims face retribution if they file a complaint, which is virtually guaranteed to be ignored anyway. Some prisoners – whether opponents of the regime or criminals – even die with no one held accountable. Photographer Max Sarychau, who has a biography stuffed with awards, wants to create a series of portraits of those who have endured cruel and degrading punishment in Belarus. 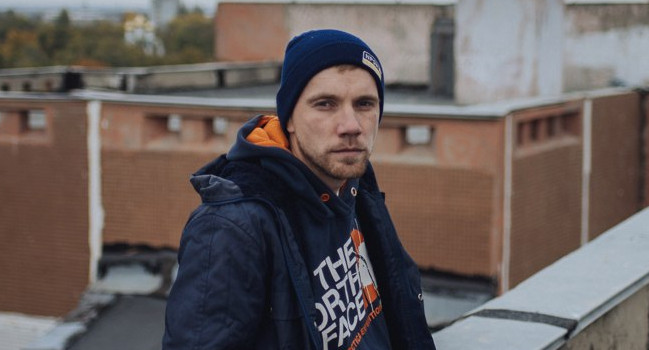 In villages across Moldova, most able-bodied adults have left for jobs in the cities or abroad, leaving only the elderly and children to preside over the villages’ deaths. Education, health care, and even human companionship are becoming scarce in the country’s rural areas. Max Polyakov and his crew of multimedia journalists want to create an interactive feature to show what it’s really like to be deserted in your hometown. 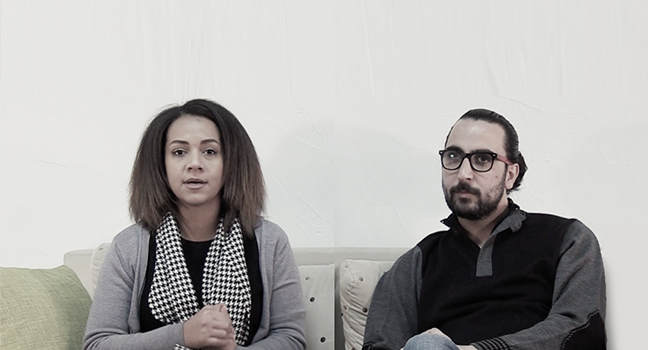 The (mis)use of personal data in Lebanon: an investigation

Lebanon is increasingly a “watched” society. Security agencies have recently gained access to the telecom data of all residents and visitors, while security cameras have sprouted across Beirut. Little is known about how all this private information is used. Elham Barjas and Hussein Mehdy will investigate and make suggestions for reform. 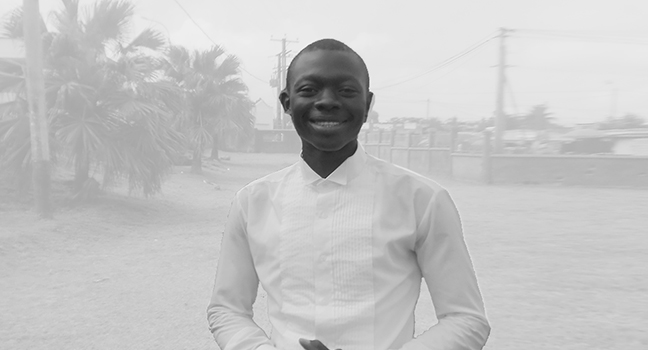 Amindeh Blaise Atabong is a freelancer in Cameroon who has covered corruption and terrorism. For this project, he will travel to the southwestern corner of his country, a region rich in resources but lacking in the basic conditions for a dignified life. Atabong fears the poverty and despair of the Ndian division could breed the type of unrest that plagues Nigeria’s Niger Delta, just across the border. 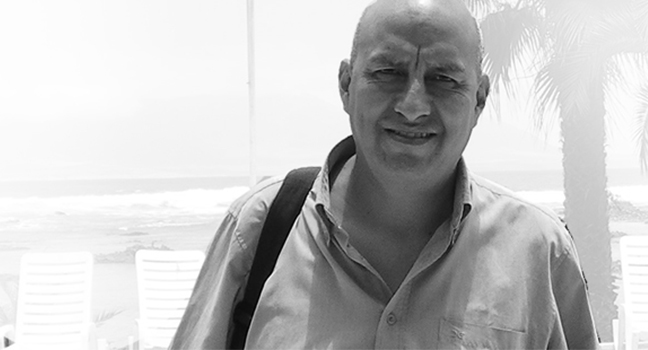 Jose Acho has covered Argentina’s poor and powerless for years. For Press Start, he aims to travel to one of the country’s most deprived regions to document the theft of land from indigenous people and the poverty and hardship it has caused. 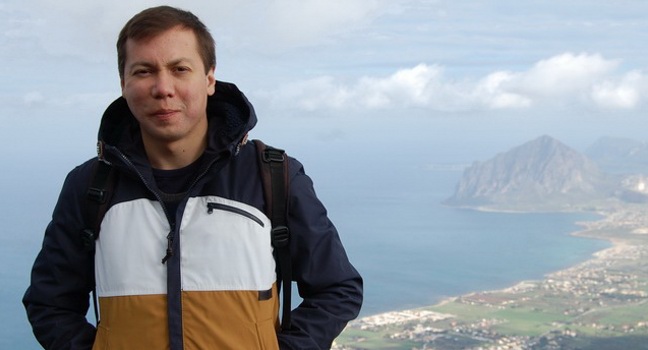 Veteran journalist Ruslan Harbachou has repeatedly won awards for his investigations into abuses of power in Belarus. He is now looking into reports of safety and environmental problems linked to the construction of Belarus’ only nuclear power plant, a project that has many on edge given the country’s suffering after the Chernobyl disaster. 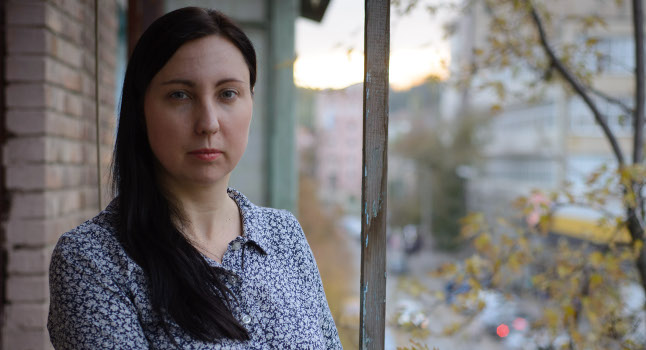 Tatiana Kozak has covered Ukraine’s pivotal protest movement, the fall of a president, a secessionist war, and the seizure of Crimea, Now she plans to seek clues to the fate of war-torn eastern Ukraine in the experience of other post-Soviet countries that have endured decades of secessionist hostilities. Press Start will match all contributions made to Kozak’s campaign. 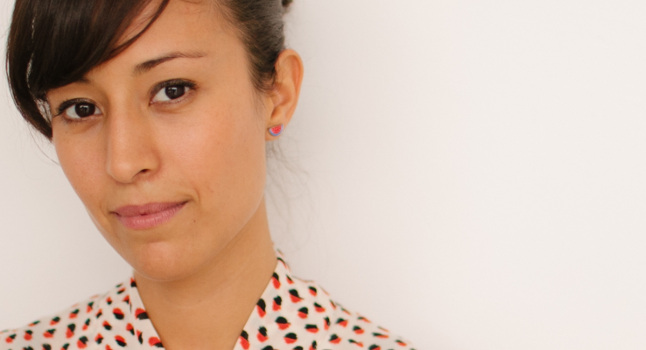 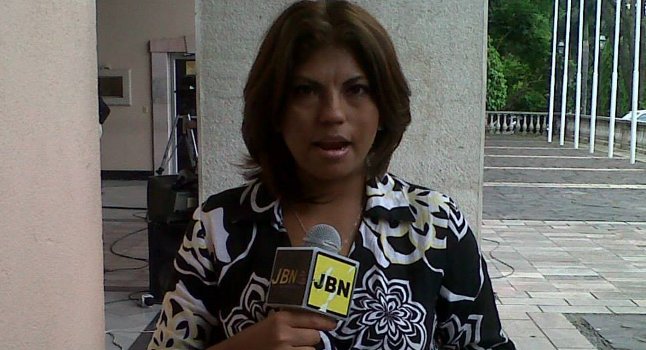 A seasoned investigator recognized by the country’s EU delegation and others for her human rights reporting, Funes aims to look into the alleged cover-up of the links between a local official and a series of gang rapes of young women. 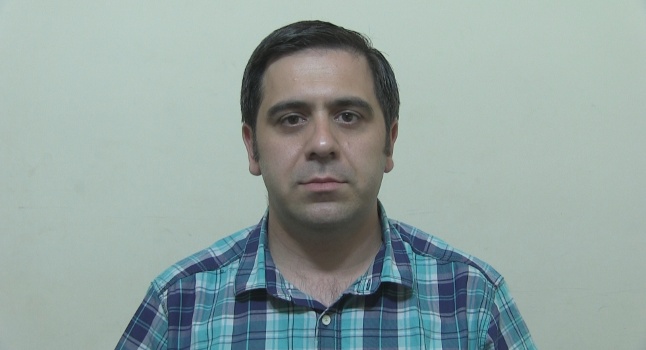 Listening to Those With HIV/AIDS in Armenia

Co-founder of the Independent Journalists’ Network as a vehicle to circumvent the pervasive influence of political and business figures on Armenia’s media. Melikbekyan is working on a documentary about the stigma and discrimination suffered by the rising number of HIV-positive people in his socially conservative country. 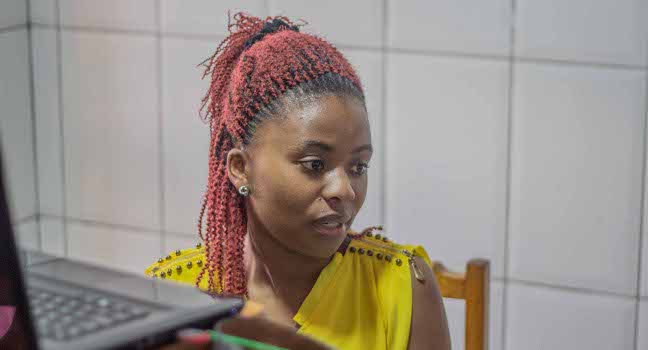 In Congo, Millions for Water Projects, but not a Drop to Drink

Editor in Chief of Mama Voice magazine. Recognized for her writing on conflict and women’s empowerment, Namwezi N’ibamba proposes to report on why her eastern Congolese province lacks potable water even after donors have poured millions of dollars into local water projects. 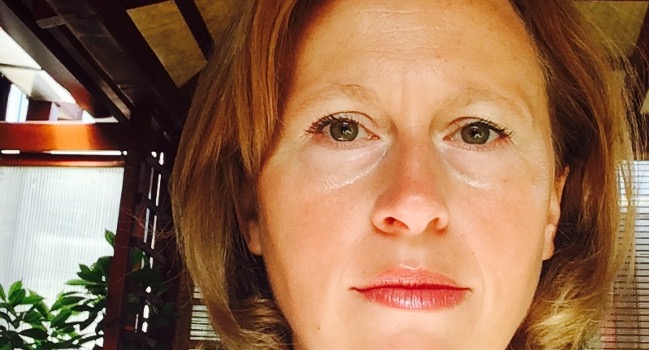 Putting Macedonia's Hospitals Under a Microscope

Founder of SCOOP Macedonia, an independent investigative reporting network whose work has been recognized repeatedly and has resulted in reforms championed at the highest level of government. Hadzi-Zafirova proposes to undertake an ambitious assessment of the state of Macedonia’s hospitals. 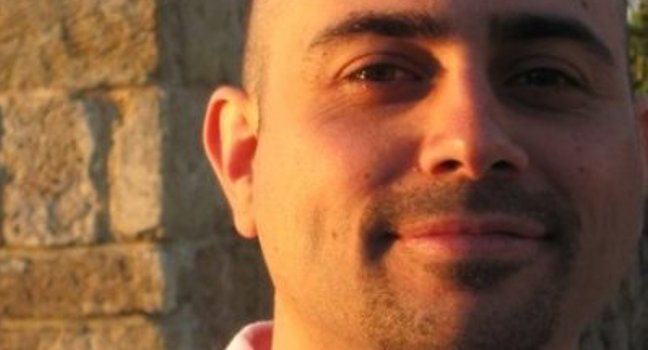 Why are Lebanon’s Ancient Sites Disappearing?

A two-time recipient of the Samir Kassir Award for Freedom of the Press whose work has helped save artifacts of Beirut’s Roman past. Battah proposes to investigate why efforts to preserve his country’s archeological record so often give way to development projects backed by well-connected business people or even government officials.